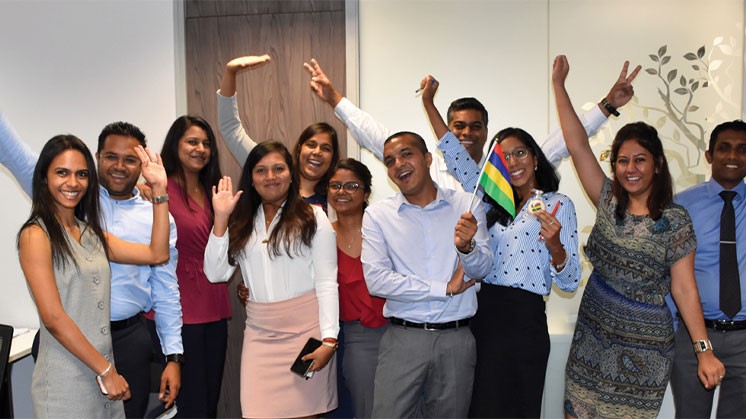 CIEL Group celebrates the 51st Anniversary of the Independence of Mauritius

On the occasion of the 51st Anniversary of the Independence of Mauritius, CIEL Group has carried out various activities across its clusters. This calendar of activities translates CIEL’s commitment to its values: People at Heart, Excellence at Core and Ethical and Sustainable.

Bank One celebrates Independence Day throughout its branches

To celebrate the 51st anniversary of the Independence of Mauritius and 27 years as a Republic, the Bank One Head office exteriors was specially decorated in our national colours for the occasion. All of the branches of Bank One around the island also conveyed the spirit of Independence day with small flags displayed at counters and ‘Napolitaines’ decorated with colours of the Mauritian flag distributed to all customers. The distribution of ‘Napolitaines’ was also undertaken at our head office department by department while staff displayed the true spirit of “Mauricianisme’ by singing the National Anthem in several of them. Many chose to dress according to colour codes that day to collectively portrait the colours of the Flag of Mauritius.

On this special occasion of the 51st Independence Day, Clinique Darné gathered colleagues and patients for the flag raising ceremony. Dr Sahiboullah Sohawon, Oncologist and Palliative Care Specialist, was our Chief Guest and after the ceremony, light refreshments were shared to the big family.

This  Independence Day, Wellkin Hospital building was lit up in national colours from 11th March to 14th  March. This spectacular view of the building was seen and appreciated by staff , visitors and commuters on the motorway at night. The flag raising ceremony was held at noon on the 11th of March. Cakes and drinks were served during this occasion. The ceremony was attended by staff, doctors and visitors. The flag was hoisted by the Maintenance and Housekeeping team of the hospital in the presence of the CEO, Olivier Schmitt. The Management spoke about the theme for this Independence day which is ‘marching forward in Unity’.

Tropic Knits celebrated the country's Independence Day with the children of “The Association for the disabled children of Malherbes (APLHDM)”  shelter in Forest-Side.

Jean-Pierre Dalais, Group Chief Executive of CIEL addressed CIEL employees on Monday 11th of March 2019. He shared his views on our country's development and way forward. The speech was followed by a flag-raising ceremony. Later on, during the day, a quiz was organised with questions pertaining to the Mauritian culture and History. The staff ended the day with a 'bring and share' with typical Mauritian food and drinks.

Independence Day was a colourful and  convivial celebration in every Sun Resorts’ hotel.  Each resort boasted a special lunch and dinner menu for its employees, in addition to a flag-raising ceremony attended by guests and team members. The Mauritian culture was honored with activities ranging from traditional games like Carom and Domino, creole-language lessons to Henna tattoo sessions.  Guests also had the opportunity to sample the Mauritian cuisine through cooking demonstrations and traditional local dishes and treats available at buffets.  And since no Mauritian festivity is complete without music and some dancing, a foam party, a Punch sundowner session to the beats of a DJ, Sega and singing performances punctuated the day. 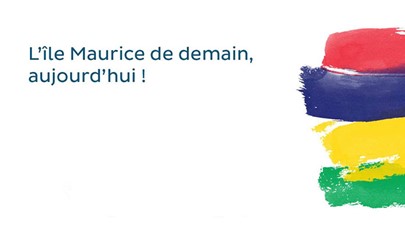