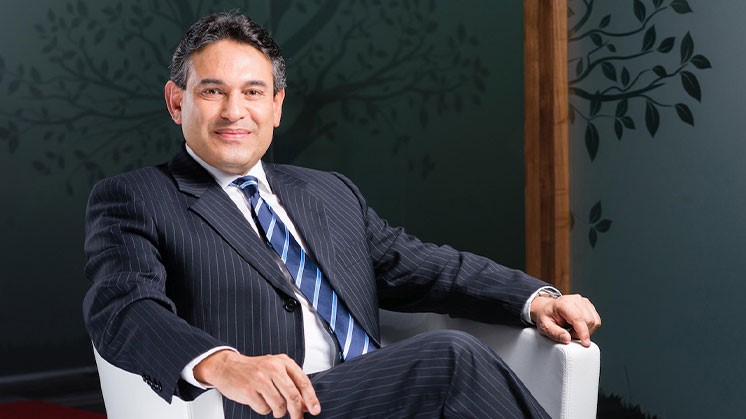 Ravneet Chowdhury, CEO of Bank One: "My motivation comes from my team"

Bank One is one of Mauritius’ younger banks but, with Ravneet Chowdhury at the helm, it is forging a path towards being one of the island’s big players.

The conservation story of the endangered Mauritius kestrel is one of tentative success. In 1974, the recorded population dropped to an all-time low of just four falcons, due to invasive species’ and agricultural chemical use. Numbers have fluctuated since, but the kestrels now number approximately 400, a noted improvement over its record low. It takes a special company to recognise the importance of conservation and do what they can to help. The Mauritius-based Bank One, headed by CEO Ravneet Chowdhury, is one such company.

The island of Mauritius is an advantageous location for Bank One to work in. The tiny nation ranks highly for democracy and for economic and political freedom. Mauritius’ Human Development Index is the highest in Africa, with a low crime rate, universal health care and free education. In a country destined for considerable growth, Bank One seems similarly bound for success. With that in mind, one could be forgiven for thinking the bank plans to take that success overseas, but this is not the case.

“We’re not looking to open branches in other countries or to expand outside the borders of Mauritius,” says Ravneet. “We want to remain a Mauritian bank that does business in other parts of the world and sells the Mauritius story and the Mauritius advantage to customers, both corporate and private.”

This commitment to Bank One’s home country mirrors its commitment to the people of that country. Bank One’s support of the Wildlife Foundation is not the only social program it is involved with; for example, it also funds a breakfast program for school children. The program creates an incentive for kids to get to school, provides a nutritious breakfast and helps ensure they undergo long-term development.

Investment in the people of Mauritius is an eminently sensible strategy. They are, after all, the people who make up Bank One’s customers and employees. Ravneet understands this, and his focus on the people underpins the bank’s dealings. In fact, his advice for other industry leaders stresses the necessity of nurturing one’s customers. “We need to make sure we’re really focused on the customers’ needs and providing value to customers. If we don’t do that, we could become irrelevant.”

“We need to make sure we’re really focused on the customers’ needs and providing value to customers.”

Employees are just as crucial to Bank One as customers. “We differentiate ourselves on the basis of our people,” Ravneet says. “We have extremely engaged, dynamic and talented staff, and we are using that as a competitive advantage to deliver a great customer proposition. It’s a small market in Mauritius, and it’s a very competitive market, so to recruit and retain people in this industry becomes extremely challenging.”

It certainly makes sense for Ravneet to be so supportive of his staff. Often, they are a tremendous asset to him when, for example, mental blocks get in the way of productivity. “I tend to talk a lot to people throughout the organisation,” he says, “and sometimes I find that people have great ideas. They give you food for thought and enable you to come up with some creative solutions.”

Communication is at the core of Ravneet’s relationship with his employees. First and foremost, a degree of humility is required. Ravneet believes this is central to being a good leader; in turn, it helps a leader listen to their team, as Ravneet does. Conversely, a leader needs to be able to communicate his ideas effectively, and convey the company’s ambitious vision. More than that though, a leader has to bring his team with him in achieving that vision. As Ravneet says, it’s not a one-man army and glory doesn’t just belong to one person; a company’s success is down to the entire team, working together as one.

“I have a communicative and inclusive leadership style with an open door policy,” Ravneet says. “Team interaction makes all the difference. Leaders have a responsibility towards their organisation and its people; and that is the essence of my role as CEO.”

“I’m genuinely concerned about my people, and I believe I have a responsibility towards the bank and my people.”

The banking industry will face challenges for the foreseeable future, like the evolution of fintech, and blockchain technology in particular. While Bank One is keeping an eye on the horizon, Ravneet is concerned that not enough people realise this “avalanche of change” is coming. Bank One will, however, continue to prepare for that future, while maintaining the core values that help the bank stand out from its competitors.

“We used the word ‘one’ as the cornerstone of our values; for example, treating everyone with respect is one of our values,” explains Ravneet. “Being the ONE to delight customers is another. Pioneering better ways of doing things, working together as ONE team, behaving honestly and fairly – these are values that we all believe in.”

There’s one last benefit that Ravneet’s team brings him, and that’s the motivation to continually aim to be a better leader. “Every day, when I start off to the office, all I can see is our mission, becoming the best bank in Mauritius,” he says. “My motivation comes from the mission and from my team, because when I see young, engaged professionals around me, it motivates me to work harder for the bank and for them. The motivation comes from going on this journey together with my team.” 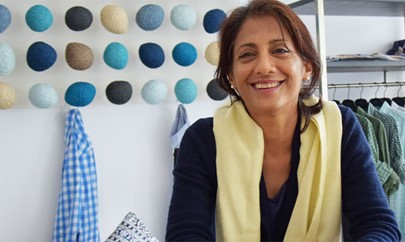 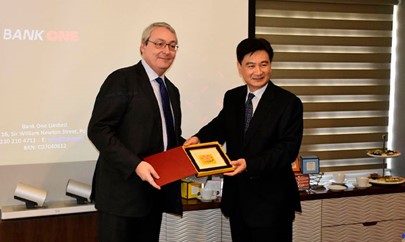