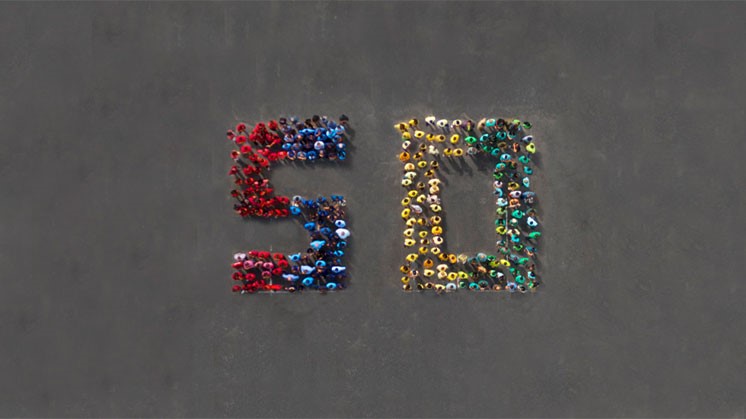 CIEL Group celebrates the 50th Anniversary of the Independence of Mauritius

On the occasion of the 50th Anniversary of the Independence of Mauritius, CIEL Group will be carrying out various activities across its clusters throughout the year, and especially throughout the month of March. These activities have started since last year already with the celebration of the 10th edition of CIEL Ferney Trail and the launch of its new tagline Bouze Moris. This calendar of activities translate CIEL’s commitment to sustainable development in the country.

La Vallée de Ferney is organising an Open Day on the 12th of March. Free entrance. Enjoy, after your ballad in the heart of the endemic forests of Ferney, an authentic Mauritian cuisine in 'Le Jardin de Ferney': Farata with deer or chicken curry, Farata with vegetable curry, Tamarind juice or Bergamot orange juice.

On the occasion of the 50th celebrations of the Independence of Mauritius, CIEL employees at the Head Office have participated in various activities. They gathered on the parking area of the building, dressed in the colours of the Mauritian flag and formed the numbers 50. This was shot with a drone.

A flag-raising ceremony was also organised, and typical Mauritian food and drinks were served.

Tropic Knits has gone down the memory lane to produce “Road 68”, a video retracing 50 years of independence. This production portrays Mauritius before Independence and provides a documentary of the BBC covering the famous Independence Day on March 12, 1968.

Floreal Knitwear also commemorated the 50th anniversary of the Independence of Mauritius through a flag-raising ceremony organised today 9th of March 2018 in the factory's compound.

In line with the celebrations of the 50th anniversary of the Independence of Mauritius, Sun Resorts is proud to present, in partnership with the Fashion Design Institute a 'Wish Tree' project.

This initiative is part of the SunCare sustainability programme at Sun Resorts. Nearly 3 months of work were needed to make these wish trees. The 'Wish Trees' are all made out of recycled staff uniforms of the hotels. This is part of the 'Sew Chic' project which aims to transform the former staff uniforms of all Sun's hotels into raw materials, thus encouraging creativity to create art objects.

The 'Wish Trees' will be on display at Sun Resorts hotels until March 15th. Visitors can express their wishes for the 50 years of Independence of Mauritius and then hang them on branches.

Bank One has launched a competition where each and every Mauritian can share their wish for Mauritius. Bank One will finance the project of the wish winning the most likes on Facebook, and the person will also receive a prepaid Kestrel card topped up with Rs10,000.

Wellkin Hospital celebrated the 50th anniversary of the Independence Day of Mauritius on the 8th of March with several activities. The flag-raising ceremony was done by women doctors at Wellkin, and roses were also distributed to every woman present, on the occasion of World Women's Day.

On the 12th of March, cupcakes with national flag cream will also be distributed to all patients. The building will be decorated for a whole week with lights representing our national flag and with a giant national flag as well.

Fortis Clinique Darné celebrated the 50th Anniversary of Independence and International Women’s Day, jointly, on Thursday 8th March 2018. Several activities were carried out for the occasion, with the collaboration and participation of employees, in the presence of Dr. Janine Rivalland, who was the chief guest for the occasion.

A flag raising ceremony took place in the morning, followed by a show in the afternoon, which included dance performances by employees. A parade, showcasing the different cultures that make up the Mauritian society, was also organized. Moreover, female staff members each received a rose and a distribution of cakes across departments was also carried out. The results of a poster competition were announced on the day, following deliberations by Dr. Abbasakoor (President of the Jury), Dr. Rivalland and Dr. Paurobally, who were members of the jury. The first prize went to the Laboratory Department, while the runner up was the Reception Department.

The incoming COO, Mr. Olivier Schmitt as well as Ms. Unnati Negi, outgoing COO seized the opportunity to address the employees and convey their appreciation. Mr. Leyvin Bulramya, HR Manager, thanked the staff for their participation and encouraged them for further involvement.

In keeping with the themes of the celebrations, refreshments consisted of typical Mauritian finger foods and drinks.

And more initiatives coming throughout the year ! 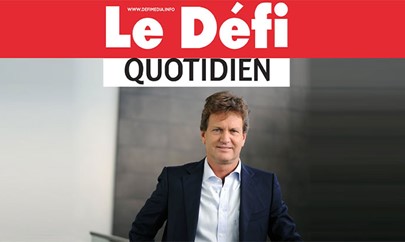 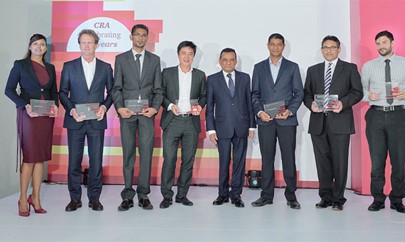