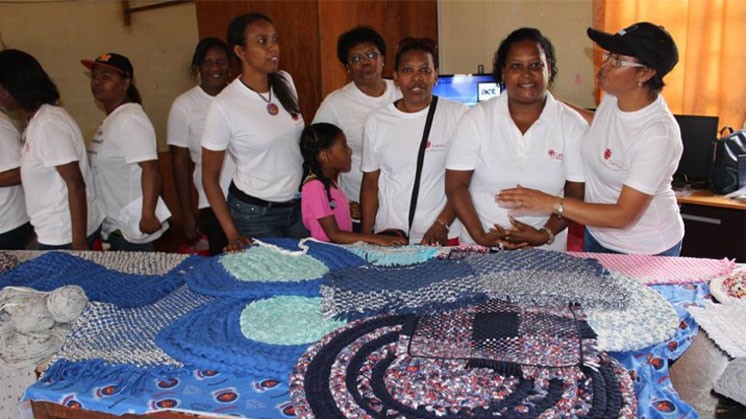 Salon Made in Femmes : Celebrating women entrepreneurship in the region

What does it take to become an entrepreneur? You surely need fresh ideas. But also passion, commitment and the guts to materialise them. The 150 exhibitors for the 2nd edition of the Salon Made in Femmes have shown such appetence. Valuing entrepreneurship, CIEL could not but support this event that will take place from September 29 to October 1 at the Domaine Les Pailles. This event is an initiative of Entreprendre au Féminin ocean Indien (EFOI), an association regrouping women entrepreneurs in the region.

Coming from Mauritius (including Rodrigues), Réunion Island, Madagascar, Seychelles and Comoros, these 150 entrepreneurs will showcase their products and demonstrate their savoir-faire in a number of fields: jewellery, agro-food industry, well-being, publishing, textile, amongst others. Workshops as well as a fashion show will be organised during this event.

The objective of this organisation is to promote Women Entrepreneurship in Mauritius and in the Indian Ocean. In so doing, this association has carried out a number of activities to promote entrepreneurship to alleviate poverty and contribute in building sustainable livelihoods. An effective way to achieve these goals is surely in enhancing opportunities of income generating economic livelihoods for women at the bottom of the heap, often living in remote areas.

Giving a fishing rod rather than a fish

This objective goes indeed in line with the philosophy advocated by CIEL as well as women empowerment projects such as the Rug Mat Project, implemented by CDL Knits, a subsidiary of Tropic Knits Group, a CIEL Textile company. Launched last year, this project consists in assisting unemployed women, living in dire conditions, in the fabrication and selling of craftworks using waste fabrics.

For this initial phase, 8 unemployed women living in the vicinity of Curepipe have been selected through the NGO Caritas. CDL Knits has provided them with necessary equipment, training for rug-mat making and supervision through the manufacturing process. The first samples produced have well underlined the skills of these prospective entrepreneurs as well as the potential that lies in such productions. At a later stage, they will be guided towards more sophisticated products such as bags and decorative items, carrying therefore a higher added value.

Living with a monthly household income of less than Rs 7000, these women have been selected for their artistic skills as well as the will to learn. Since fabrication of these craft works is not an end in itself, the Rug Mat Project also included assistance for the marketing and sales transaction for these products. Support and training in marketing, project management and money transactions also form part of the project.

Indeed, the aim of CIEL is to enable these women to contribute to the family earnings in a sustainable manner, but also to get confidence on themselves. As a long-term project, the end objective is to target the coming generations and help them out of the poverty trap. Beyond learning of new skills, the attendees will also discover the world of entrepreneurship and the different ways of valuing their savoir-faire.

This initiative brought forward by CDL Knits is part of its sustainability strategy since these craft works are a smart way of recycling the waste inherent to its production. Instead of being considered as garbage, these intercuts are wisely transformed into resources from which women, formerly unemployed, will get a sustainable source of income.

Another batch will soon be selected since a presentation of this project is scheduled for the coming weeks in the village Dubreuil.