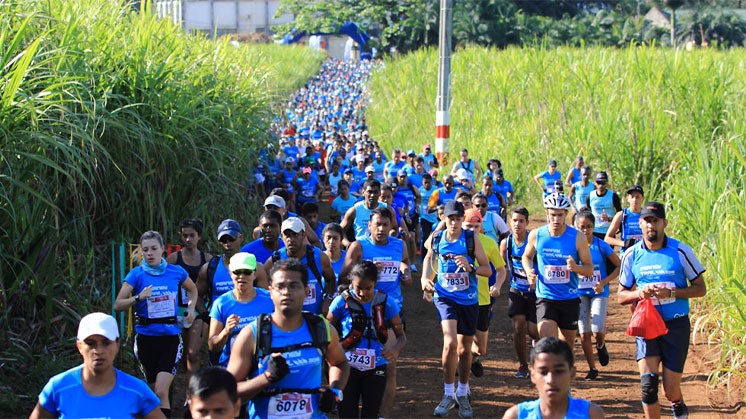 Created and launched in 2008 under the impulse of four employees from CIEL, the CIEL Ferney Trail was crafted to allow Mauritians to discover the Vallée de Ferney through a sports event, while simultaneously conveying the group’s values at large.

At its launch in 2008, the CIEL Ferney Trail gathered about 800 participants. An encouraging participation rate that catalysed the annual renewal of the locally-acclaimed sports event. 8 years later, in 2016, the number of participants to the event had significantly increased to 2700, with both local and foreign sports and nature lovers.

“In 2016 we had to close the registrations more than a month before the event to ensure we could accommodate all the requests”, says Jean-Marc Rivet, Technical and Administrative supervisor of the CIEL Ferney Trail. “We are delighted to see this enthusiasm for our event and are thrilled to welcome our participants every year for this great family and sporting holiday.”

While the CIEL Ferney trail remains the most popular trail in Mauritius in terms of number of participants, the organisers are not after the numbers. Their aim is to offer a whole and qualitative experience to the participants. Though the opening of private domains to the public, the participants can experience the beauty of one of the last Mauritian indigenous forests and spend a great day with family and friends. For the most experienced runners, the highly technical “Mauritius Union 50 km” race offers widely varying levels of difficulties, with breathtaking views, perfect for runners looking for new challenges.

To reinforce the group’s aspiration to raise awareness on the importance of preserving the Mauritian biodiversity, one of the vocations of the Ferney Trail is to allow Mauritians and visitors to discover, love and learn to protect our natural heritage. Since 2007, CIEL has been working in close collaboration with the local government and private actors to protect and enhance the Mauritian ecosystem and its biodiversity through the 'La Vallée de Ferney Conservation Trust'. Since then, a project to restore the Vallée de Ferney forest has been initiated with the aim of gradually reintroducing endemic or indigenous species into the forests of Ferney. From the time when the groundwork for this project was laid, the Mauritius Wildlife Foundation, the GEF Small Grants Program and the UNDP have shown their utmost interest to partner up so as to concretise this initiative.

CIEL Ferney Trail : A new logo for its 10th edition

To celebrate its 10th edition, the identity of the Ferney Trail was rethought and revamped. Now renamed the CIEL Ferney Trail, the sports event will see the participation of handicapped people running the shorter races, accompanied by employees of CIEL Group. The inclusion of the physically and mentally-challenged is the result of a partnership between the organising committee and the NGO Inclusion Mauritius, towards whom all profits generated during the CIEL Ferney Trail will be channelled.

Founded in 2003, Inclusion Mauritius is a federation of 12 NGO working for the less-abled people. Affiliated to Inclusion International, which represents 200 federations in 115 countries, including the Middle East, Europe, Africa, the Americas and Asia Pacific, the NGO aims at sensitizing the population and empowering the disabled through awareness campaigns, assessments, education and training for employability.

This year, three members of the Rodrigues Trail Association will bring a special “goelette” from Rodrigues to enable a handicapped child to experience the 10km race. It is the staff members of the CIEL Group themselves who will be carrying this “goelette”.

On the long run

With its growing popularity, the CIEL Ferney Trail will remain one aimed at families and friends but the organisers are also hoping to increase its international visibility, bringing runners from outside our boundaries and make the world aware of the treasures held within our island. “We do believe that there is a place for sports tourism in Mauritius, Jean-Marc Rivet claims, through the holding of CIEL Ferney trail, we would like to contribute to the development of this new line of activity on the long-term”.


The CIEL Ferney Trail will be held on September 9th 2017 and anyone who wishes to participate has till August 9th 2017 at the latest to subscribe. 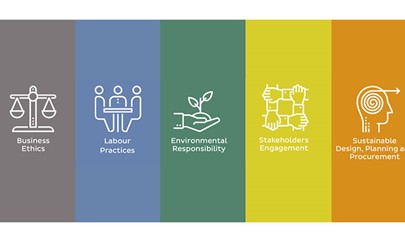 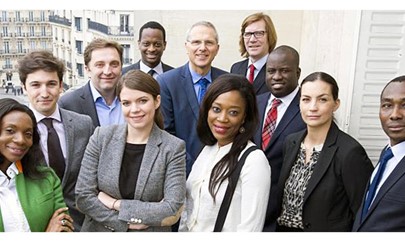